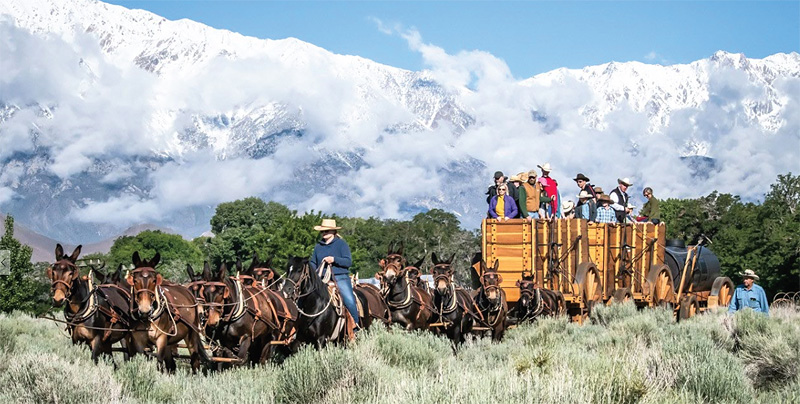 Rio Tinto Borates colleagues and the families got to experience an off-road ride in the new replica wagons. SUBMITTED PHOTO

It’s been two decades since a group of colleagues had the idea: to build replicas of the original mule-drawn wagons that defined the pioneering spirit of our early borates business.

Thanks to their passion for the project over the years, and the partnerships they forged with experts in wagon-building and mule training, last month their work reached its culmination. On Saturday 25 May the full replica wagon train, pulled by a 20-mule-team, rode for the first time in front of 50,000 members of the public at the Mule Days celebration in Bishop, California.

A 20-year partnership for a 20-mule-team

Back in the late 1990s, colleagues from our Boron mine began partnering with Bobby Tanner, a “muleskinner” (or trainer), who had taught himself how to put together a 20-mule hitch, preserving the knowledge and skills of this traditional way of driving mules.

At the time, our company had some old replica wagons, but they weren’t the same design as we’d used in the 19th century, and they were falling into disrepair. So a team including Preston Chiaro (the former CEO of our borates business), Bobby and others began researching old photos to try and pin down the design of the original wagons.

Over the years they drew up the plans, raised funds (which the company agreed to match), and engaged Dave Engel, a master wagon builder based in Montana. Just one week before this May’s Mule Days parade, Dave finished the last part of the wagon train – the water wagon – and the recreation of this piece of our history was complete.

“Throughout all of this long process, Bobby Tanner continued to train his mules for the task,” says Preston Chiaro, who, today, is president and co-founder of the Death Valley Nature Conservancy.

“For Bobby, the 20-mule-team is a personal passion. He had single-handedly recreated the art of driving a 20-mule-team, and he is the only person we trust to use the wagons.”

Bobby hand-selects and trains specific mules for the 20-mule-team. “For example, Mary, the lead left mule, is effectively the ‘leader of the pack’,” explains Preston. “The other mules are trained to follow her, and are trained to jump the chain to keep the wagons rolling around turns." 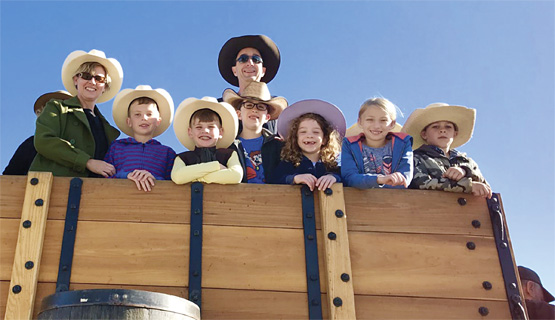 Remembering our past pioneers

The 20-mule-team was the crown jewel in this year’s Mule Days parade. Colleagues were on hand to help commemorate the people and animals – pioneers from our past – who have helped make our borates business what it is today.

Rio Tinto Borates managing director Richard Cohen and his family were among those riding in the parade. “It was a fantastic experience to join in the 50th Mule Days celebration,” said Richard. “To be able to ride in the iconic wagons of the 20 Mule Team, in a parade down Main Street, is unique and special. The excitement, all around me, was evident. Everyone was having a great time!”

The weekend’s festivities included an offroad trip in the replica wagons for Rio Tinto Borates team members and their families. While the ride was very picturesque, it was a bit jarring – a reminder of what it must have been like making the trek through Death Valley so long ago.

Not an easy journey for man nor beast.

The wagons have now been moved into the Laws Railroad Museum, five miles north of Bishop, and the mules are back home with Bobby at his Red’s Meadow Resort & Pack Station.